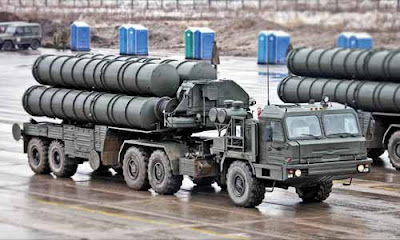 India and the United States have come a long way in building a comprehensive partnership with the potential to define the 21st century for the better. Nonetheless, convergence between the two countries seems to be taking place in fits and starts, rather than as a consistent and coordinated plan of action with the purpose of shaping geopolitical realities as opposed to simply reacting to them.

Washington and Delhi must take care to institutionalize the progress that’s been made and to foster informed public support for it, not least because other powers are dedicating resources with the intent of scuttling Indo-American partnership. If grander interests are not kept foremost, the policy differences and minor tiffs which inevitably arise between the two democracies may have bigger consequences, which both nations will regret.

India may be able to work around the Donald Trump Administration’s decision to withhold waivers for the purchase of oil from Iran by buying its energy elsewhere. The US, which wants to empower India as an ally to confront shared security challenges, must do all it can to facilitate this. However, the US’ penalization of countries which choose to procure military armaments from Russia is likely to remain a far thornier issue for Indian and American diplomacy to work out.

New Delhi’s decision to buy the S-400 missile system from long-time defense supplier Russia could inflict serious harm on future Indo-American military ties, if only because Washington is not in the business of selling advanced US-made defense technologies to countries where the agents of Russian military power are also welcome.

In good faith, both Washington and New Delhi have patiently strived to deconflict the issue. A special US waiver for India is always possible, but the Russian deal could also hamper the blossoming of defense cooperation in other, far more consequential, domains. Regrettably, New Delhi’s S-400 decision has also lent credence to those in Washington who question the merits of India as a long-range strategic partner. At the same time, however, the Indo-American partnership has yet to come up with an alternative to India’s military dependence on Russia.

From almost no defense relationship a few decades ago, the US is today one of the top three suppliers of defense equipment to India. However, what Washington has sold Delhi comprises primarily one-off items, instead of multi-year, big-ticket platforms. The US would probably like to become India’s exclusive supplier of defense equipment on the basis of a formal alliance treaty, but this is not yet feasible for security and political reasons on both sides.

Americans sympathetic to India’s many security needs know the peace and good order of the Indo-Pacific will be determined not just at sea, but in the Himalayas and along India’s continental borders. They also know the US does not manufacture a standalone equivalent to the S-400, only air defense capabilities engineered to work in conjunction with other American-made systems.

On its face, then, the S-400 may help India contend with immediate threats, but continued dependence on Russia poses long-term risks to Indian security. Besides harming US-India strategic cooperation, the S-400 is part and parcel of an inferior suite of defense technologies made by a fading Russian power whose own future, and fidelity as a military supplier to India is in doubt.

Moscow may say it wants India to help balance against the People’s Republic of China—and preventing the PRC’s domination of Middle Eurasia, from Kazakhstan to the Caucasus, should be a US goal, too. But Putin’s nostalgia for empire and aggression in Europe have succeeded in quarantining Russia from the West and making it ever more subordinate, economically and strategically, to the PRC and its geopolitical ambitions. Beijing will not be as eager as the Kremlin is now to sell Russian military wares to a rising India.

India and America must get ahead of this and ensure their partnership is well-launched. The challenge for our statecraft will be to shed the strategic pieties that kept us apart and to realize new cooperative modes and constructs in pursuit of shared geopolitical goals.

One possible way forward which must be explored would entail the joint development of an India-based defense industry, which would combine Indian expertise and manpower with technological know-how from the US and other friendly countries. By harmonizing Indian industrial security and business governance practices with American ones, India could meet its immediate defense needs with Indian-made technology, and reduce its reliance on Russia, with transformative knock-on benefits for the Indian private sector, jobs creation, and innovation. More importantly, India could take its rightful place as a vital member of an emerging coalition of Asia’s advanced democracies whose aim is the maintenance of democratic leadership over the defensive and civilian technologies of the future, and the conservation of the rules-based order and peace in the Indo-Pacific.

Eric Brown is a senior fellow at Hudson Institute, and Aparna Pande is the director of Hudson’s Initiative on the Future of India and South Asia.