With eye on China, Army to acquire land in Pantnagar to set up UAV base 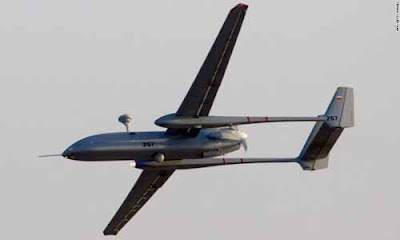 The Indian Army is in the process of acquiring 60 acres of land in Pantnagar in Kumaon to operate Unmanned Aerial Vehicles (UAVs) there – a move which is expected to improve surveillance of the India-China border. The district administration of Udham Singh Nagar which is currently evaluating a proposal for acquisition of the land confirmed the development.

“We cannot divulge any further details regarding the project except that this is being executed keeping the strategic importance of Uttarakhand with regards to China,” said Neeraj Khairwal, district magistrate, Udham Singh Nagar. Om Prakash, director, Uttarakhand Civil Aviation Development Authority (UCADA) said that the request for setting up a base was received from the Army “a few years back.” “Currently, the proposal is in its final stages It will be submitted to the government for approval by May 15.”

This will be the first time that Army UAVs or drones will operate in Uttarakhand. The Army currently has UAV bases in the Northeast in places like Kumbhigram and Lilabari in Assam. Elaborating on the significance of having a UAV base in Uttarakhand, a serving Army officer who is also a UAV instructor, told TOI, ”Once we get a UAV base in Uttarakhand, then we will be able to do better surveillance of China from the state.” The Indian Army currently has two major types of UAVs -- Heron and Searcher Mark-II. The official added that in all likelihood, the Heron series which is used in high-altitude areas will be deployed in Uttarakhand. The Heron drone is capable of flying for well over 24 hours at high altitudes as well as target acquisition and artillery adjustment capabilities.”

According to the official, one UAV specialized unit can have up to eight drones which are overseen by an officer who is a qualified flying instructor (QFI) of UAVs. “We had requested for a land way back in 2006 but at that time it could not materialize. Around two years back, it was decided that we would operate on the same base as the civil aviation authority as is being done in Jammu, Leh, and places in Northeast where the availability of adequate land is an issue,” he added.