Pak sends feelers to Russia as India, China cosy up 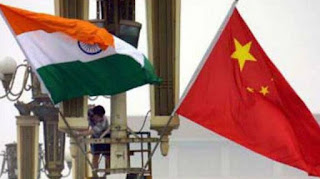 After an informal Wuhan Summit between Prime Minister Narendra Modi and Chinese President Xi Jinping, there are indications that New Delhi now expects Beijing to play a much more positive and even-handed role on issues of concern to India vis-a-vis Pakistan.

Not surprisingly, therefore, a rattled Pakistan is conducting a diplomatic offensive of its own to strengthen ties with Russia, another member of the UN Security Council which it is eyeing for support at international fora. It’s no secret that with the strengthening of strategic Indo-US ties, a miffed Russia has been increasing copying up to Pakistan.

Pakistan has been for some time now totally dependent on China to rescue it from trouble at international fora, with Beijing having long replaced Washington as Islamabad’s benefactor and protector. It was China that had stood by Pakistan on the Azhar Masood issue while defending Pakistan’s record on tackling terrorism, even as Beijing had stonewalled India’s entry to the Nuclear Suppliers Group (NSG) since it wanted Pakistan too to be admitted to the grouping.

But sources told this newspaper that the increased understanding between India and China on bilateral ties following the Wuhan Summit will now work to New Delhi’s advantage via Pakistan. Not surprisingly, India’s own diplomatic offensive aimed at strengthening Sino-India ties which resulted in the Wuhan Summit has caused considerable consternation in the Pakistani establishment.

While India still expects China to stand by its all-weather friend Pakistan, the message from the Wuhan Summit clearly seems to be that Pakistan cannot take Chinese support for granted any more. Foreign policy observers point out that Islamabad is responding to the situation in its own way by trying to chip away at the historical decades-old proximity between India and Russia.

Recently, Pakistan celebrated the 70th anniversary of its diplomatic ties with Russia.

BY: The Asian Age