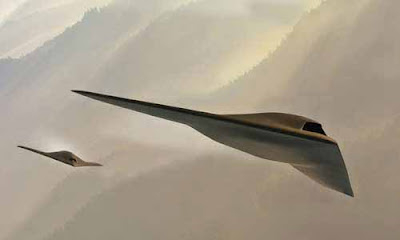 The Defence Research & Development Organisation (DRDO) is an apogee among institutions under the government’s Department of Defence Research and Development. It has since 1958, been indigenously developing military technology, weapons and equipment for the Indian Armed Forces.

It has received both bouquets for India’s home-grown missiles technology (Agni-V, NAG and the long-range LRSAM), rocket systems (Pinaka) and platforms – and brickbats for time and cost overruns. BW Businessworld’s Manish Kumar Jha catches up with DRDO Chairman and Secretary, Department of Defence R&D, S. Christopher, for an exclusive interview.

Next generation technology is going to influence warfare in the future. Please tell us about these new developments ::

War is serious business, as it tends to drain the economy, development and social fabric of any nation involved. Future wars would be short, swift, accurate and gain an upper hand during bargaining. That brings us to the importance of technology in futuristic wars affecting military doctrine and strategy. New dimensions of threat are posing radically new questions, demanding fundamentally new answers, buttressed by unconventional mindsets and integration of methods that facilitate both. The DRDO has identified specific technologies for low level of readiness and high strategic value, where scientific investigations are urgently required in laboratories, through modeling and simulation.

In the future, Artificial Intelligence (AI), cyber elements, smart materials, smart ammunition, Soldier as a System, Military Robotics and Unmanned Systems, Network Centric, surveillance, long-range accurate weapons and systems, mobile launch pads and stealth technology will incapacitate the enemy, even before a full-scale war begins. They would also play a pivotal role in safeguarding our own assets. The aim would be to create an effect, without sending a soldier to a hostile land.

Joint initiatives are on between the DRDO and academia at various Centres of Excellence for multi-institutional collaborative and directed research under technology verticals, like Directed Energy Technologies, Secure System and Cognition, Unmanned Systems and Robotics Technologies, Quantum Computing, Photonics, Plasmonics and Smart and Intelligent materials. These areas have been identified based on the requirements of future defence systems and where further scientific investigations are required to enhance indigenous capabilities.

The DRDO has earmarked Rs 18,000 crore for research and development (R&D) in the current year? Is it enough for your ongoing and next generation research?

Research and Development is a continuous process which also involves creating infrastructure for strategic projects apart from the cost involved in R&D. Investment in R&D is vital for the Make in India initiative. The Rs 18,000 crore allocated in this financial year will set things rolling, of which nearly 25 per cent – 30 per cent will go into newer projects, such as stealth technology for unmanned combat aerial vehicle (UCAV) and next generation critical technologies for Advanced Medium Combat Aircraft (AMCA), Next Gen integrated EW system, indigenous technology for cruise missile etc. We have a proposal to develop BrahMos next generation missiles. Funds have never hindered progress.

Where do we stand in the landscape of global research now when the Defence Production Policy 2018 envisions India as a global leader, especially in AI?

Modernisation of our Armed Forces is an on-going process and information technology plays a very crucial role in the process. In this context, keeping the roles of Artificial Intelligence, Robotics, and Drones as vital, the DRDO has carried out a number of Army-specific projects. The Artillery Command Control and Communication System (ACCCS) called Project ‘Shakti’, developed in the 1990’s, has the third generation version that is now being deployed.

The DRDO’s Centre for AI and Robotics (CAIR) has developed robots for various kinds of inspection for aerospace manufacturing and nuclear reactor maintenance. Another DRDO laboratory Aeronautical Development Establishment, Bengaluru has developed the ‘Nishant’ and ‘Rustom’ variants of the UAVs for defence applications.

A high performance computing facility is being set up in Hyderabad. Through these initiatives, the DRDO hopes to deliver critical AI and robotics technologies required for network-centric warfare capability and superiority of information of our Armed Forces.

The DRDO is taking new challenges in AI and robotics that would act as force multipliers for our Armed Forces. We can confidently say that we are on par with many developed nations of the world and are catching up with the most advanced ones.

What is the objective of the proposed Innovation for Defence Excellence (iDEX)?

The iDEX has been recently launched by the Prime Minister at DefExpo 2018, Chennai.
The main objective of iDEX is to develop an ecosystem to foster innovation and technology development in defence and aerospace by involving industries including MSMEs, startups, individual innovators, R&D institutes and academia and provide them grants or funding and other support for R&D. The iDEX will enable funding, guidance, handholding, users’ engagement and facilitation.

The DRDO is slated to show cutting-edge technological platform and benchmark for UCAV Ghatak and SWiFT. Could you elaborate ?

Unmanned Combat Air Vehicles (UCAV) are envisaged for complex missions where several types of aircraft and ground and Naval Forces may be present. The UCAV (Project GHATAK) around modified KAVERI dry engine and stealth technology is being taken up on a fast track.

The objective of SWiFT (Stealth wing Flying Testbed) is to develop a flying wing test bed to demonstrate capabilities and technologies for future UCAV.

Do you foresee substantial R&D by private players?
The Government of India is in the process of bringing out a new Defence Production Policy 2018 which encourages participation of private industries in R&D and production. It also encourages MSMEs, which may utilise DRDO test facilities.