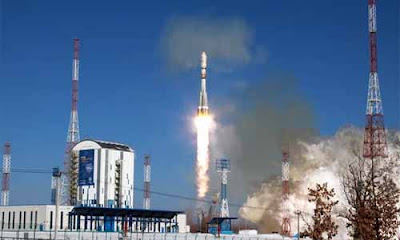 China's government-run space agency has long tried to make a mark in the launch market for small satellites. But it has been unable to make any sort of a dent in the weight of reputation that the Indian Space Research Organisation (ISRO) has made for itself in this segment. But now, a Chinese 'private' aerospace start-up is set for its maiden launch with the aim of making ISRO at least jog for its money.

OneSpace Technology Co is a Chinese startup that is preparing for its first launch on May 17. Executives of the company kickstarted the countdown clock to the launch on Tuesday. Addressing a press conference, they already have an international client for their first launch. But in true Chinese style, they refused to reveal the name of the client.

OneSpace's rockets are going to be called the 'OS-X' series. And the first one, scheduled to lift off on May 17, is being called OS-X0. No, there is going to be no confusion at all with tech giant Apple's operating system, none at all.

"The 9-meter-tall OS-X0, called the Chongqing Liangjiang Star, is capable of placing 100-kilogram payloads into orbit 800 kilometers above Earth," read a report in the Chinese government-owned China Daily.

And here is how this Chinese company could end up challenging ISRO's growing dominance in the field of small and micro satellite launches. ISRO's reliable PSLV rocket is much bigger than the OS-X. It stands 44 meters tall can carry payloads of up to 3,800 kg into Low Earth Orbit (LEO), which is up to 2,000 km above sea level.

The Chinese OS-X can only lift satellites weighing less than 100 kg. But that is a significant chunk of the launch market. The OS-X being a much smaller rocket, it could give the Chinese a costing advantage over ISRO's PSLV. But it remains to be seen if the OS-X will take off on May 17. It will then have to prove to the global market that it is capable of launching multiple smaller satellites using the smaller rocket.

ISRO has befitted in the small satellite launch segment with the larger players like US's NASA and the European ESA have pretty much abandoned the segment to ISRO, to focus on larger launch platforms instead. American and European companies and governments regularly rely on the low-cost launches that ISRO provides them.

A lot would also depend on whether the Chinese government space agency - the China National Space Administration - will share its decades' worth expertise and technology with the newly formed 'private' companies like OneSpace, which was set up in 2015.

In the end, the question for commercial launches ultimately comes down to price. And it could be a similar question to whether it works out cheaper per person to take a car or a bus.