US will arm INDIA to the teeth - China wary

Barak Obama's visit to India twice during his tenure as President, a pledge to support India for a permanent seat at the UN Security Council and to sell high tech weaponry to India which is otherwie sold to only its closest ally is a clear indication of the US getting comfortable with India's rise as a global power. 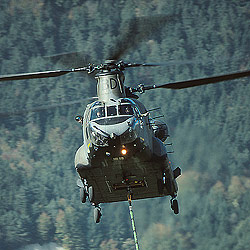 Barak Obama's visit to India twice during his tenure as President, a pledge to support India for a permanent seat at the UN Security Council and to sell high tech weaponry to India which is otherwie sold to only its closest ally is a clear indication of the US getting comfortable with India's rise as a global power.

Israel and America have surged ahead of Russia as India's top choice of weapons exporters after a series of delays and mid-way cost escalation of signed military contracts with Russia. This is a lesson learnt by Russia the hard way by loosing billions of dollars to rival countries at a time when it deserately needs the funds to oil its military industrial base. Recent world sanctions led by the US has not only isolated Russia but has also pushed it closer to communist China.

Russian weapons for Pakistan :-
Since orders dried up from India, Russia was actively seeking new export markets for its military helicopters, fighter jets and tanks. Pakistan took advantage of the drift between India and Russia and requested for the purchase of Mi-35 military attack helicopters from Kremlin. The request was immediately approved by Moscow and the deal was signed after lifting an informal arms embargo.

India on the other hand had rejected the Russian attack helicopter which was on offer and instead opted for the state-of-the-art American made Apache Gunships which are much more stealthier and pack a deadly punch. It is also purchasing 15 Chinooks heavy lift transport helicopters. The helicopter deal alone is valued at $2.4 billion. Russia has literally lost an important source of revenue by aligning with India's arch rivals China and Pakistan.

Moscow still supplies 75% of India's defence equipment, followed by the US at 7% and Israel at 5%. It also provides India technical assistance with some of its more classified strategic programmes, such as its nuclear-powered attack submarines.

Strategic alignment of India and the U.S. :- 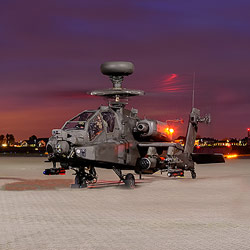 The U.S. had viewed India as an adversary for much of the Cold War era but in the past few years, America has been increasingly accommodating India in every sphere, may it be diplomatic or military. China's aggreive approach to territorial claims has sent alarm bells ringing in Washington which is desperately seeking for a new ally in Asia to counter the ever-growing China threat. The U.S. realised that India is the only country that can fill the void and it started making policy changes to get India on-board and create a new democratic world order.

It all began with the 123 Nuclear Agreement which allowed India to purchase Nuclear Fuel for its Atomic Power Plants without signing the NPT (Nuclear Non-Proliferation Treaty). This brought the U.S. and India closer and laid the foundation for further military co-operation. In the past decade the US sold hi-tech weapons to India to the tune of $10 billion from almost nothing. The year 2014-15 will see the two countries move on from a buyer-seller relationship to co-designers and co-manufactures of weapon systems.

Co-production deals for advance weapons systems will promote closer integration of the US and Indian militaries as part of a broader goal of military, strategic, economic and diplomatic co-operation. It will also harness India's potential as a low-cost manufacturing hub and generate wealth for both the countries.

Both countries have an extremely vibrant space programme and 2015 will see them merging resources and assets for joint space exploration. NASA and ISRO have already confirmed on joint space projects in the coming months.

With a new extremely vocal and nationalistic government installed in New Delhi, the relationship between the oldest and the largest democracies is set to get stronger and bolder in the coming years. Prime Minister Modi has declared "modernisation" of India's armed forces as priority no. 1 and he is also eager to take advantage of the US offer of co-production and technology transfer deals which is logically the fastest way to catch up with China's growing military prowess. 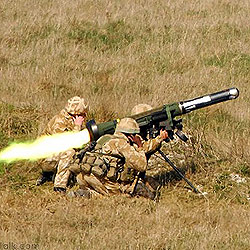 The End of Non-Aligned Movement :-
India is slowly and steadily aligning with countries like the US, Israel, Japan, Australia, the U.K. and Vietnam all which have a problem with an unpredictable China. The notion of Non-Aligned Movement in Delhi's power corridors is fast fading and a new world order is coming into force.
(By: Defence News)