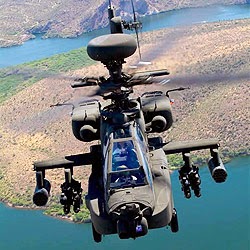 Once again, Indians are mourning after a tragedy aboard one of the navy’s submarines. After an accident on the INS Sindhuratna filled the vessel with smoke yesterday, two officers with severe burns died and seven other sailors suffering from smoke inhalation had to be flown to safety. Last year, an explosion aboard another Indian sub left 18 sailors dead. Shortly after Wednesday’s incident, Indian Navy Chief of Staff D.K. Joshi resigned, effective immediately.
Wednesday’s accident comes at a bad time for India’s embattled government. Indian Prime Minister Manmohan Singh’s Congress Party, facing a string of corruption scandals as well as a lackluster economy, will probably lose in the upcoming national elections due by May. The leader of the largest opposition party, Gujarat Chief Minister Narendra Modi, is a Hindu nationalist who argues that Singh hasn’t been tough enough, especially toward the country’s assertive neighbor to the north—China.
In his first major speech as the Bharatiya Janata Party’s leader last September, he accused the Congress-led government of not doing enough to protect India’s borders. “Unless there is a capable government, patriotic government, there cannot be any guarantee of security,” Modi said. Over the weekend, Modi criticized what he called China’s “expansionary mindset.”
Sonia Gandhi and other Congress Party leaders had tried to inoculate the government from attacks from the right by dramatically increasing the amount of military equipment it purchases from overseas suppliers. Indeed, nobody imports more military hardware than the Indians. The nation tops the list of countries that buy weaponry overseas, ahead of No. 2 Saudi Arabia and No. 3 Turkey, according to a report published today by IHS Jane’s Aerospace & Defense Forecasting.
India, which imported around $3 billion worth of military gear in 2010, had an import tab of $5.9 billion last year, and IHS (IHS) forecasts the total will be about $6.7 billion this year and $8.16 billion in 2015. The increase in imports has been “spectacular,” IHS senior analyst Ben Moores said in a statement.
The biggest beneficiary of the free-spending Indians has been the U.S. India is now the largest defense market for America’s defense industry, and its appetite for U.S.-made military gear is likely to get even stronger, says Paul Burton, content director for defense industry and budget at IHS Defense in Singapore. U.S. military exports to India totaled $1.9 billion for 2013 and will increase to $2.3 billion in 2014 and $3.3 billion in 2015.
India is a major customer for Boeing (BA), with purchases that include transport aircraft and Apache helicopters. Boeing is “really driving the market,” Burton says.
(By: Bloomberg Businessweek)