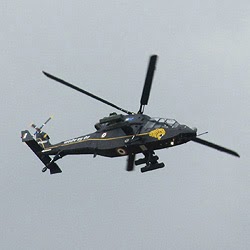 Hindustan Aeronautics Limited (HAL), a public sector undertaking under the Ministry of Defence, will be showcasing its achievements in the civil aviation sector at India Aviation 2014, scheduled to be held in Hyderabad from March 12.
The Navaratna-status company will be displaying the models of advanced light helicopter (ALH, VIP version), multirole transport aircraft (MTA), Dornier and light utility helicopter (LUH). The focus is also on HAL airports at Bangalore and Nashik, the company said in a press release on Tuesday.
HAL’s Bangalore airport has a runway of 3.3 kilometre in length and 61-metre width, which is capable of handling aircraft of Boeing 747 class. The new airport terminal at HAL Ozar airport in Nashik, inaugurated recently, has a runway with night landing facility and an apron for parking six passenger aircraft.
Aircraft fuel cost at Ozar is likely to be less compared with Mumbai due to difference in taxation, which would be a major advantage to any airline, HAL stated in the release.
(By: Business Standard)