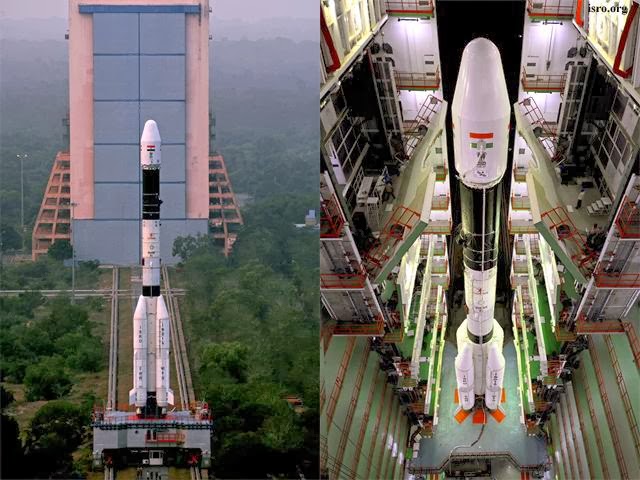 India took the first step on Friday towards the liftoff of the experimental mission of its gigantic Geo-synchronous Satellite Launch Vehicle-Mark III when the rocket’s core stage, weighing more than 110 tonnes, was flagged off from the Liquid Propulsion Systems Centre, Mahendragiri, near Nagercoil, Tamil Nadu, to Sriharikota in Andhra Pradesh. The significance of the mission is that it will be a forerunner to India sending its astronauts to space. For, the GSLV-Mk III in this flight will carry a crew capsule without astronauts. The capsule will return to earth with the help of parachutes. The mission will take place in June or first week of July.
The Indian Space Research Organisation calls its mission to send Indian astronauts to space the Human Space Flight (HSF) programme.
K. Radhakrishnan, Chairman, ISRO, said the crew capsule will weigh 3.5 tonnes. It will carry no astronauts, he stressed. It was a replica of the crew module that would be put into orbit in a real mission. “The module is undergoing structural engineering tests” at the Vikram Sarabhai Space Centre, Dr. Radhakrishnan said.
M.C. Dathan, Director, LPSC, emphasised that it will be an experimental mission. The rocket will do a sub-orbital flight, that is, reach an altitude of less than 100 km. Its upper cryogenic stage will not fire. It is “a passive flight,” Mr. Dathan said. Instead of cryogenic propellants, the cryogenic stage would carry liquid nitrogen, which would be inert.
GSLV-Mk III is the “muscular sibling” of GSLV-Mk II which has an indigenous cryogenic engine. GSLV-Mk III can put a communication satellite weighing four tonnes into geo-synchronous transfer orbit or a 10-tonne satellite into low-earth orbit.
Mr. Dathan said GSLV-Mk III’s core stage was flagged off from Mahendragiri on Friday. It would reach Sriharikota on Sunday evening. It will be married up with the other stages there.
“The assembling of one booster stage, weighing more than 200 tonnes, has already been completed at Sriharikota. The assembly of another booster stage is under way.”
(By: The Hindu)