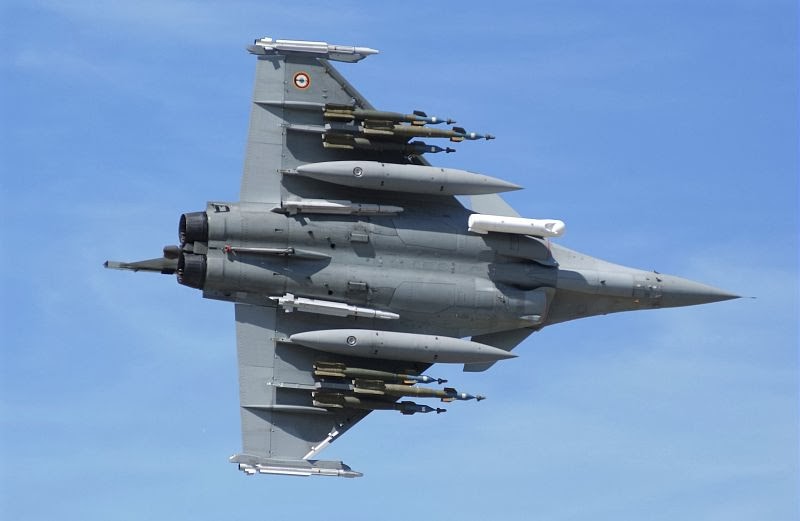 Making official year-long speculation about delays in the $20-billion M-MRCA jet bid, in which India has negotiated for over two years with Dassault Aviation for 126 Rafales, Defence Minister A.K. Antony today said the deal was delayed not just by a complaint on life cycle cost calculations, but also because the government was short of funds. Both circumstances have been known for a while -- there was never a chance a deal was going to be signed this financial year. Antony did however say procurement activity would pick up starting April with the new fiscal year -- also, that negotiations would continue in tandem with an inquiry into the complaints of life cycle cost calculations at the commercial evaluation level.

Antony was speaking at his opening press conference at Defexpo 2014 today.

No funds for a budgeted purchase, you ask? Heh. Well, as you may have read in certain reports, there have been some drastic cut backs on capital budgetary allocations as a result of inflated revenue outflow requirements, as a result of which, India's weapons purchase war chest has gotten significantly smaller this year. Be that as it may, the diverted funds couldn't possibly have been for the initial payments on a single deal, pointing to poor planning starting approximately around the time the Rafale was chosen winner.
On the other hand, Antony's words appear to indicate that most of the negotiation process may actually be complete, if monetary considerations are a factor in slowing a final contract. That, at any rate, is what Dassault will take away from what the Minister has said. For the IAF, it's just a longer wait. Nothing they're not used to.
(By: Livefist)