Home » China » India » Indian Army » Russia » U.S. » India can be pivot in US-China rivalry, get benefits from both

India can be pivot in US-China rivalry, get benefits from both 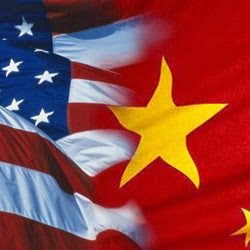 It is in India's interest to ruthlessly junk remnants of its cold war era "moralistic" foreign policy and impenitently take fullest advantage of a sharpening US-China rivalry to extract benefits from both camps, noted policy guru Kishore Mahbubani has said.
Arguing that India needs to dispassionately exploit emerging geo-political equations, Mahbubani said India should resist the temptation of being part of US-led efforts to contain China and instead actively seek close ties with Beijing.
Delivering the IDSA K Subrahmanyam lecture provocatively titled "Should India be Cunning", Mahbubani pitched for a guilt-free approach to foreign policy and said India should guard against being taken for granted.
He said the Chinese leadership was smart enough to respond to India's gestures and will do a lot to keep its Asian neighbour happy and ensure careful management of disputes along the border so that tensions don't spill out of hand.
"Some stupid Chinese commander who pitched a tent in a disputed area should not be allowed to upset relations. A closer relationship with China is in India's interests so that it gets the best deal for itself," Mahbubabi said.
The well-known academic, who is dean of the Lee Kuan Yew School of Public Policy, said, "China too has no desire to alienate India. Hence, India should maintain a steadfast policy of good relations with all great powers."
Calling for a hard-headed foreign policy, Mahbunani argued "means are not moral, goals are" and said "all nations are cunning." India must not be squeamish and pursue its national interest in a guilt-free and pragmatic manner.
He said India is sailing into a geo-political sweet spot and must make the most of it saying, "It is clear that several powers, including the US and Japan, and perhaps also Russia and Europe, are concerned about the rise of China."
Mahbubani elaborated on his lecture during a discussion moderated by Sanjaya Baru, former media advisor to PM Manmohan Singh, when he dealt with why many nations feel India is the best candidate to balance China.
"The courtship is coming," he said, pointing to back to back visits by the Japanese emperor and prime minister and said closer trade and investment links will work to India's advantage.
Asked if a foreign policy can be devoid of moral moorings, Mahbubani said US has a track record of supporting the most number of dictators and while a democratic system is an asset, banking on good actions is not enough.
"You can suffer if depend on good intentions alone. Protecting your country's interests is the morally right thing to do," Mahbubani said.
Pointing to an inexorable shift of power from the west to the east, Mahbubani reminded his audience that US had consistently preferred China over India for much of India's post-Independence history. Things have changed only recently.
He said India should be equally cunning is dealing with Pakistan and suggested that a lesson can be drawn from China's handling of its ties with Taiwan where it cultivated people to people contacts even when official ties were frosty.
"I have found a lot of interest in Pakistan about Indian culture and films. India should make full use of its soft power," he said.
(By: TNN)