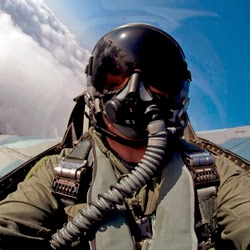 The just-concluded three-day meet on electronics warfare at the Indian Institute of Science campus saw many national and foreign firms exhibiting some of the generation-next military toys. With EW systems being a force multiplier, these high-end gadgets generated great interest among the tech brains of Indian defence.
The portable direction finder, boasting of a full range of functions embedded in a handheld format, was the cynosure of all eyes at the meet.
Developed by Rohde & Schwarz, a German company, the battery-operated device relies on high-precision direction-finding methods. An official said that the gadget, launched recently, is ideal for detecting bombs and discreet radio frequencies.
With compact size and low weight, the device is claimed to be ideal for use in places that cannot be accessed with a vehicle.
Radiall, another German company had the world’s smallest fibre optic trans-receiver, weighing around 16 gms and with a maximum intake capacity of 50 Gbps. The UK-based EWST presented a radio frequency (RF) test equipment for laboratory and open air range. The portable multispectral simulator for flight-line operations, is already being supplied to Bangalore-based Defence Avionics Research Establishment (DARE), a DRDO lab. “We have combined the ultraviolet (UV) missile warning receiver and the laser warning receiver into one unit, making it compact and even rugged,” says
Steve Pillinge, a company official. Another UK-based firm, Selex ES, exhibited a one-meter-long equipment to detect and defeat infra red (IR) heat-seeking threats. The fully-automatic device can be fixed on the wings of an aircraft. “It can detect IR/UV threats and fires a laser with a jamming code. We are in talks with DARE and Bharat Electronics Ltd. It is a well-proven technology and uses very less power as well,” says an official. Selex ES also came up with a RF decoy to defeat air and surface-launched missile seekers and fire control radars. Leading the pack of Indian companies was Bangalore-based Alpha Design Technologies, which had a missile launch detection system and a self-protection jammer -- both being developed the Indian Air Force.
“We exhibited 32 EW modules being developed in partnership with DRDO. Many foreign companies have come forward with export requests for their EW programmes,” says Colonel H S Shankar, CMD of the company. Another Indian company Data Patterns, which exhibited cockpit displays. Having delivered home-grown cockpit display systems for Tejas, Sitara and Kamov programmes, the firm has been shortlisted to supply the complete glass cockpit display systems for the Light Utility Helicopter currently being developed by Hindustan Aeronautics Ltd.
(By: The Indian Express)